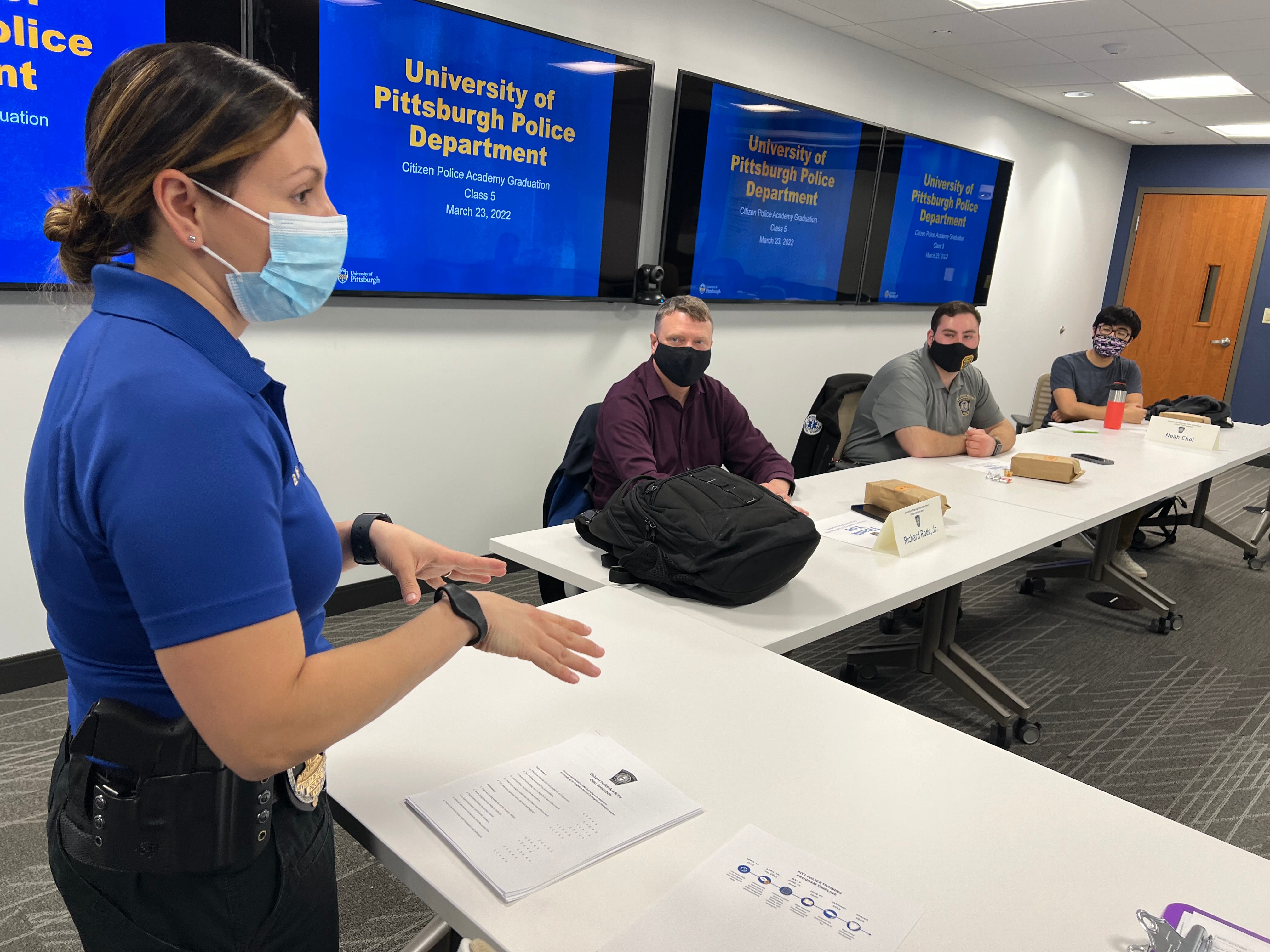 Lt. Brooke Riley talks to members of the Citizens Police Academy during their March graduation ceremony. 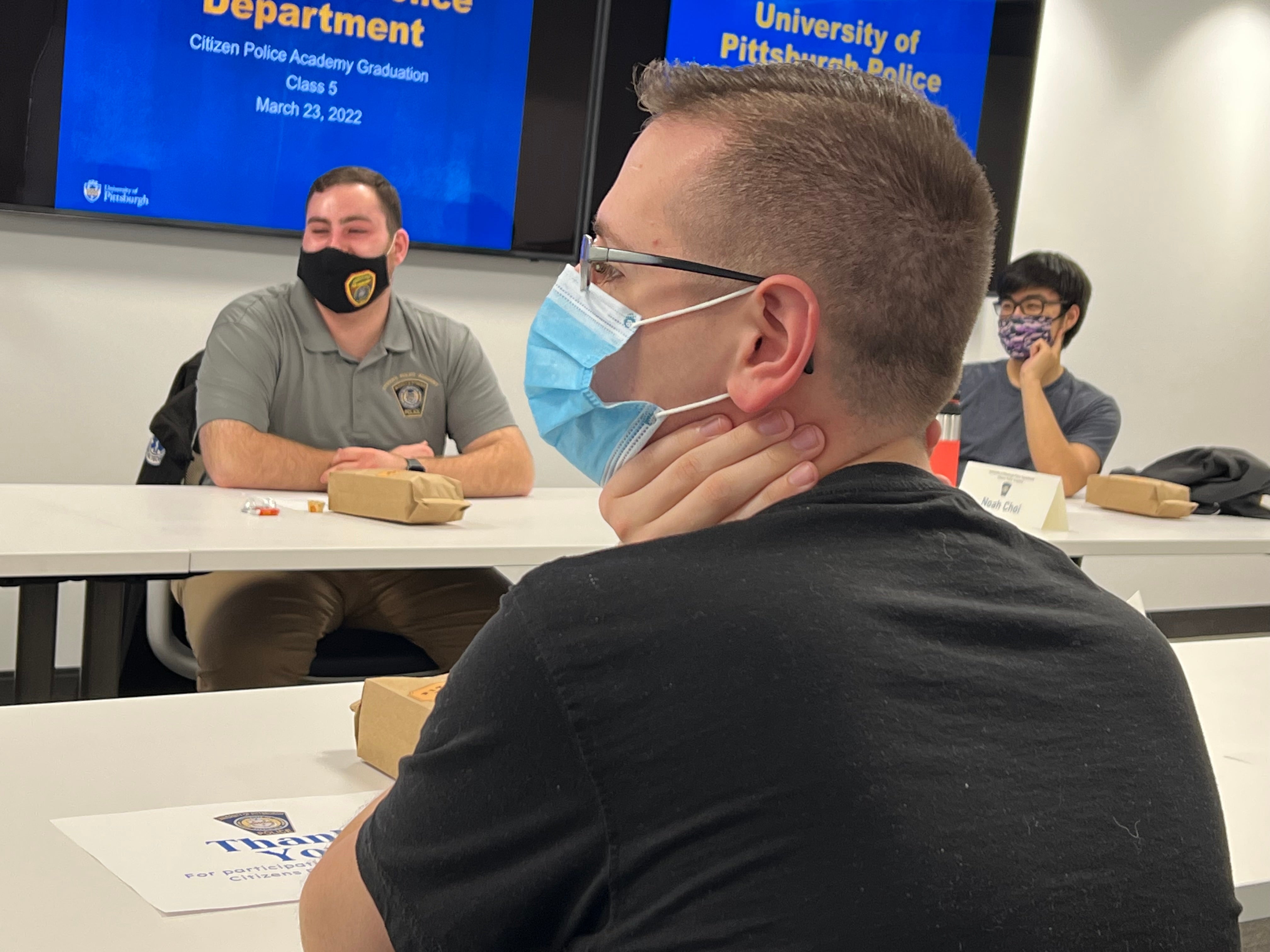 The University of Pittsburgh's Police Department, in its ongoing effort to better connect with the community it serves and protects, bid congratulations to its most recent graduating class of the Citizens Police Academy.

The Citizens Police Academy, which gives police the opportunity to interact with the community through training and education, also saw its enrollment numbers shrink — attributable largely due to the pandemic — from around 20-25 in previous classes to six this year.

Despite the decrease in participants, Lt. Brooke Riley, who oversees the program with the help of more than a dozen officers, said the quality of the experience didn't suffer, adding that the program has been enriched by having participants with a diverse range of backgrounds.

"Each participant brought different perspectives and asked pertinent questions during our weekly sessions," Lt. Riley said. "The level of commitment by the participants is appreciated due to it being a 10-week program that delves into traffic stops, domestic violence investigations, DUI arrests, etc. Instructors cover a lot of topics in a short amount of time."

The program's decreased numbers were due to the COVID-19 mitigation efforts that were put into place when the class was enrolled. Some members of the most recent class had actually enrolled in an earlier class that was shut down because of the pandemic. 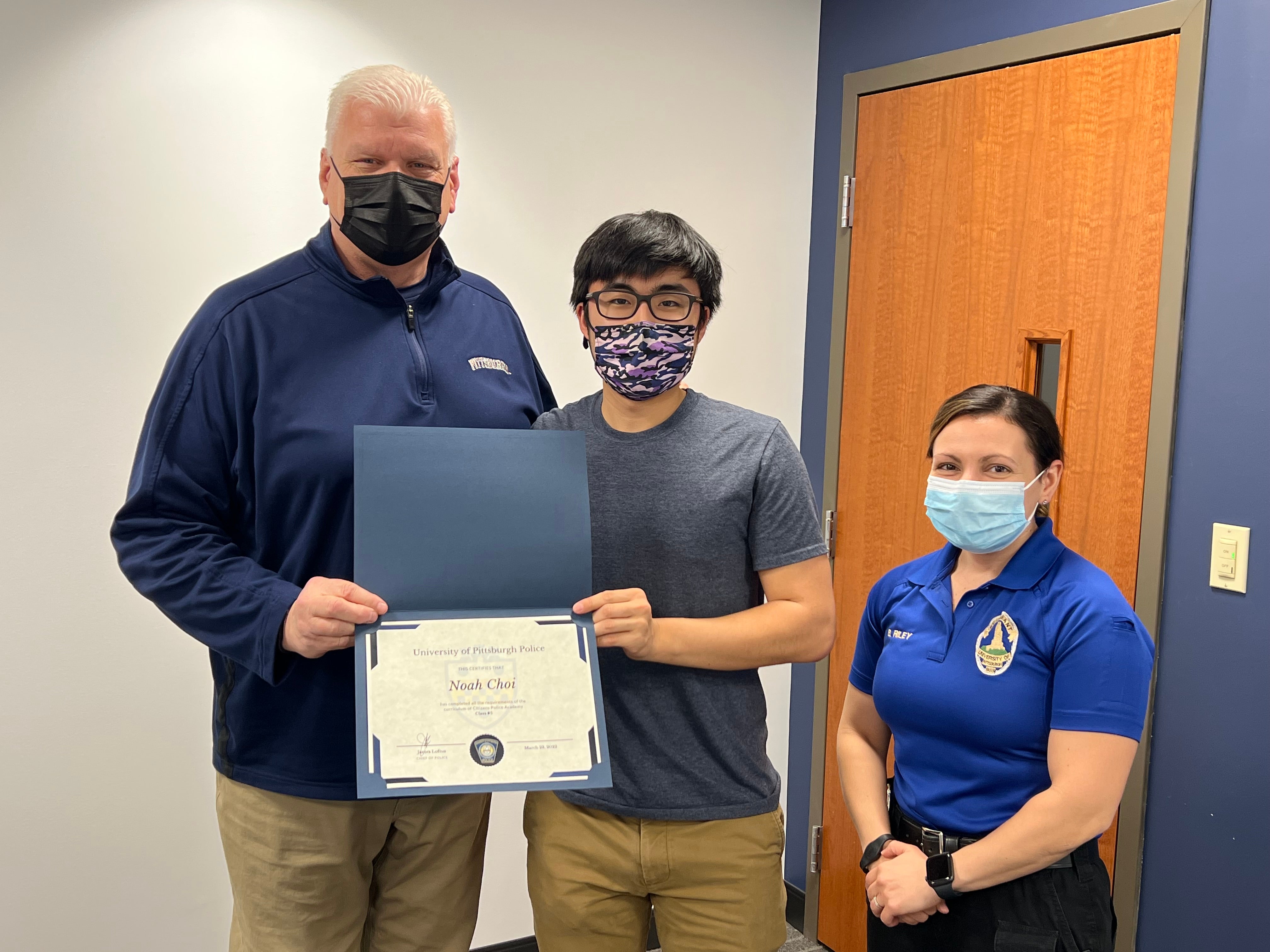 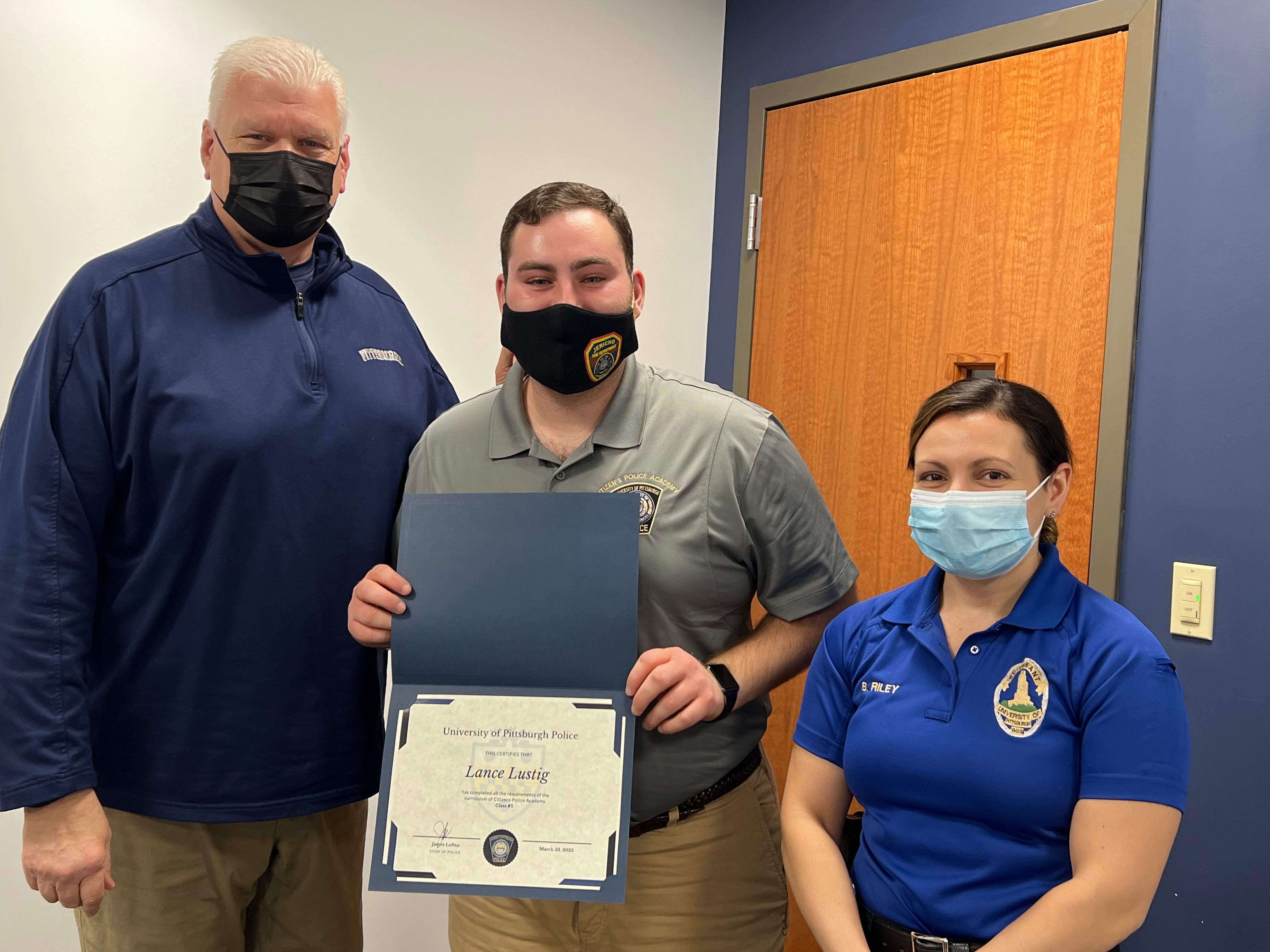 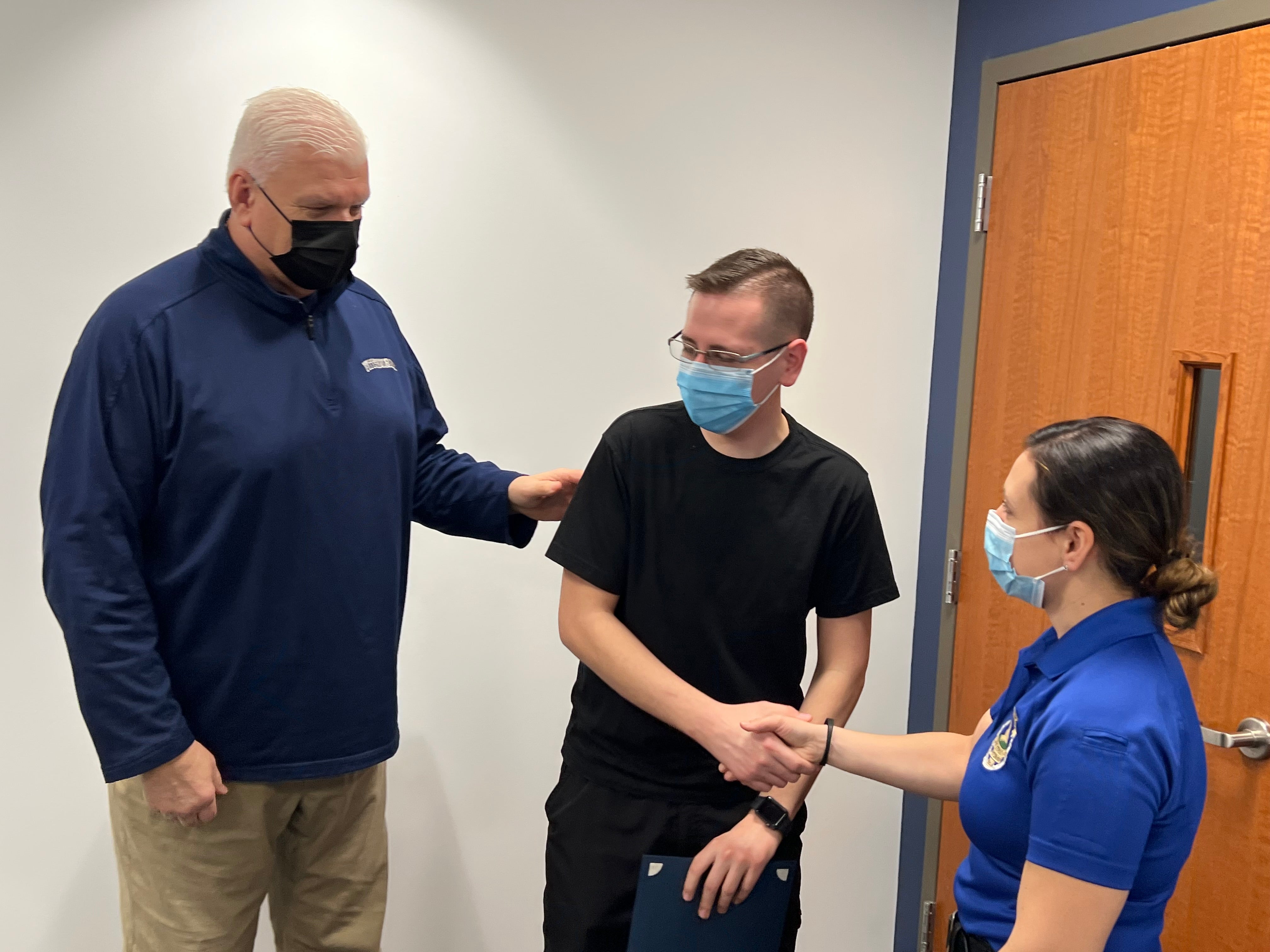 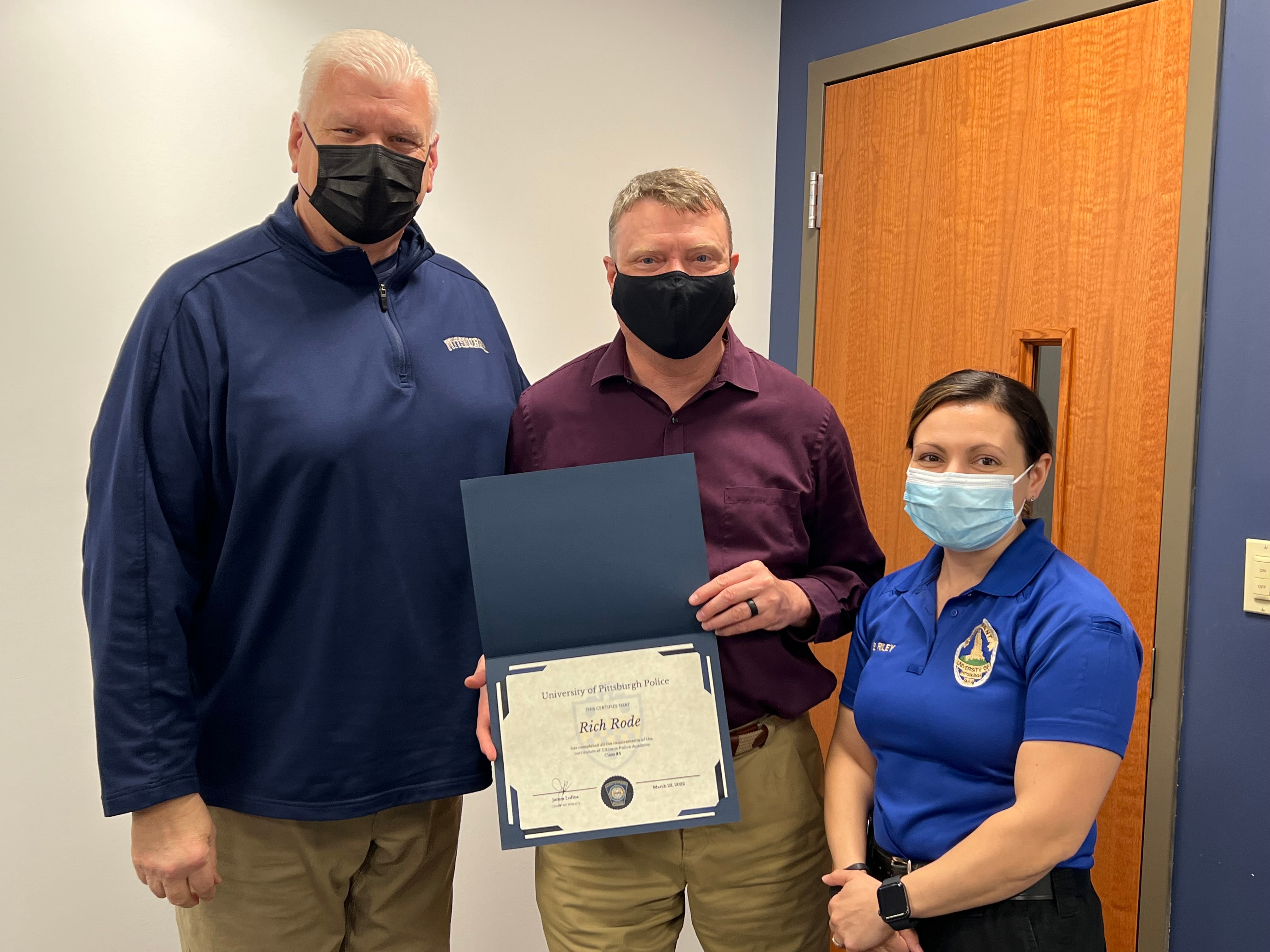 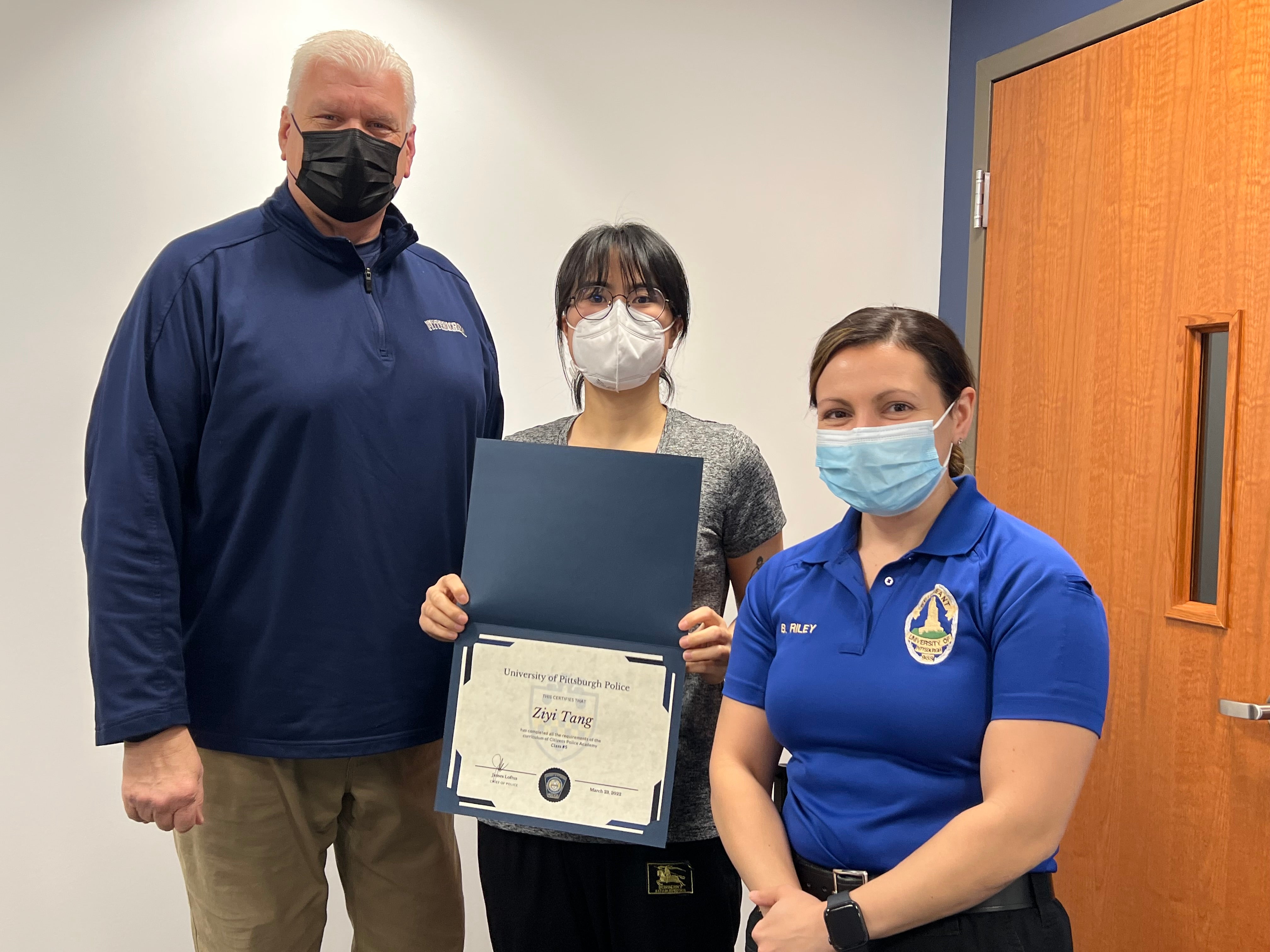 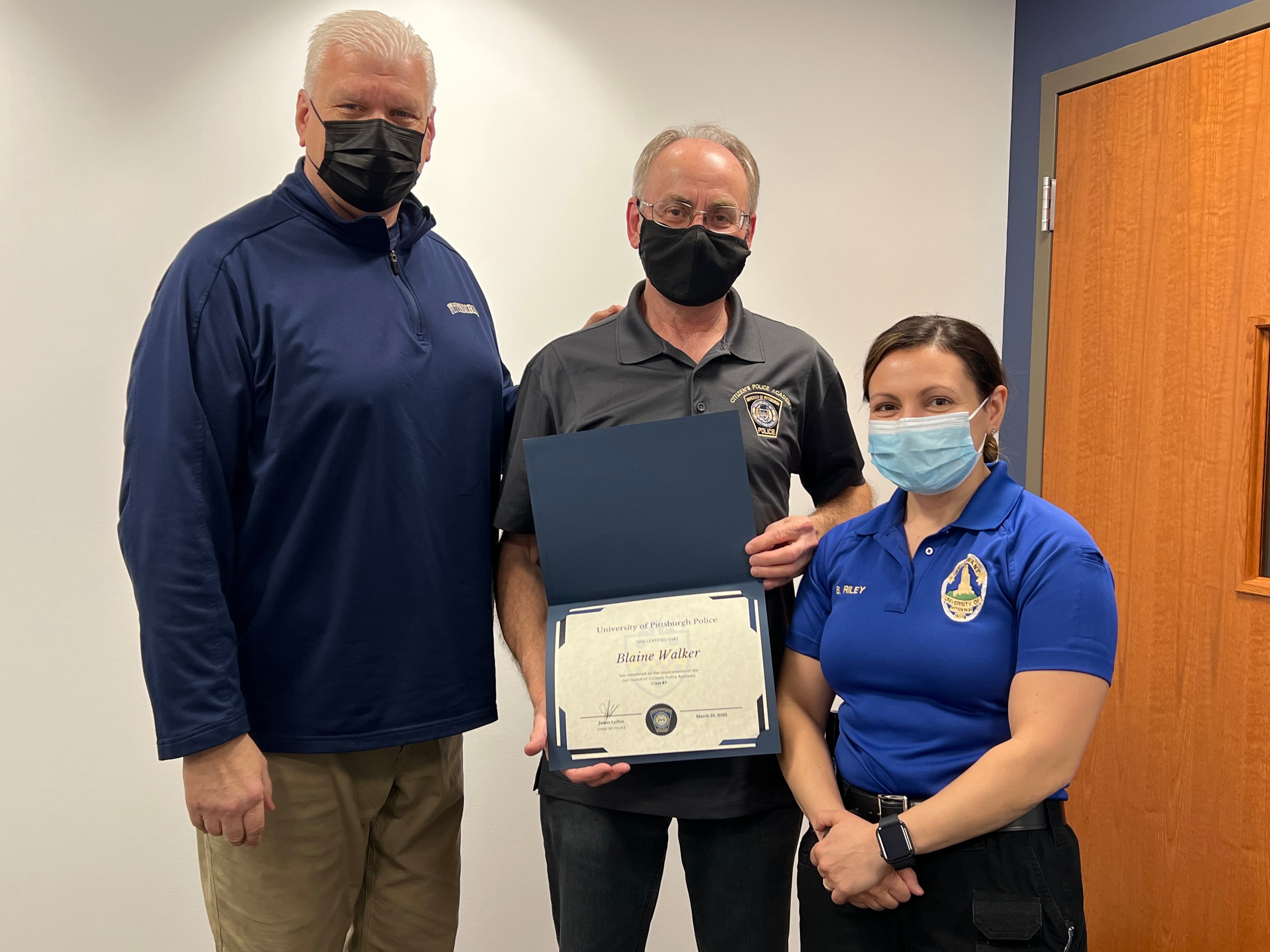 For the first time in the program's three-year history, the latest class participated in a scenario simulator, a hands-on experience run by the Allegheny County Police Academy that uses a 180-degree screen and simulated interactions to force participants to make crucial decisions just as a police officer would.

"The simulation training was intense," Blaine Walker, 67, manager for Academic Digital Media in the Center for Teaching and Learning, said. "It gives you a real appreciation for the split-second decision making that an officer must make when faced with a potentially dangerous situation."

Among the scenarios that were part of the simulation were ones that involve the use of lethal force.

A study by The Washington Post updated on April 1 showed that between 2015 and 2021 — the most recent year that a full year of data was available — there were about 1,000 police shootings nationally that resulted in a fatality.

The scenario is rare compared to all encounters with police, but Walker said the simulation showed why its necessary police receive the training.

"I think that it is a profession that runs the entire range of human emotions and conditions, from the best to the worst of humanity," he said. "I have a greater appreciation of how this impacts and affects individual officers after having taken this course."

"It went over and above my expectations," said Moore, who is pursuing a career in criminal justice. "I learned so much from day one. I hope everyone gets a chance to experience this."

Moore said some people who feel nervous around police officers should "at least take this course to get a little idea what police officers go through on a day-to-day basis, so you don’t pass judgment so quickly."

The Citizens Police Academy has been an invaluable tool to help "bridge the gap between officers and Pitt students, faculty, and staff," Lt. Riley said.

At least one participant said he was pleasantly surprised Pitt Police even had such a program.

"I first found out about the program via Pitt Police’s website, and immediately was surprised that they even had a community program that invited anyone to participate," said Noah Choi, 20, a freshman pursuing a degree in Law, Criminal Justice, and Society. "Not a lot of law enforcement agencies are completely transparent with the public, but for Pitt Police to have the Citizens Police Academy open to the public, means that the department is willing to work with the public to share their perspective. I saw the program as a great opportunity to learn more about what the law enforcement profession is like, so I did not hesitate to sign up."

Pitt Police Chief James Loftus said he looks forward to each new class to see what motivated them to join the program.

"The success of the program hinges on the individual and collective curiosity of the participants," he said. "Our hope is that their curiosity will spawn a greater understanding of policing in general as well as poling here at the University."

The participants came away with a better understanding — and appreciation for — the challenges officers face daily.

"I feel police work is vital to the safety of the community and I have a greater appreciation of their service and commitment," said Rich Rode, 57, the senior manager of business systems for the Office of Business, Hospitality and Auxiliary Services. "My impression didn’t change, but it furthered my understanding of what is expected of the officers every day and how difficult their jobs are."

Overall, the program puts a face to the badge and allows officers to meet with students in a way they couldn't otherwise.

"I enjoy the networking and rapport that develops after a session is over," Lt. Riley said. "It's wonderful seeing graduates on campus that say, "hello!" or connect with officers at other Pitt Police safety events."

If the public has a preconceived idea of what policing is all about, Choi said the program helps shine light on a murky subject.

"I would absolutely recommend this program to anyone, but specifically to those who are confused/unsure about what to think about the current stigma law enforcement has in our country," he said. "Although it is important that our rights as citizens are protected, it is just as important to know how law enforcement is applied in our society and how our legal systems function.

"Without this knowledge, it will be much easier to put law enforcement in a bad light, and only be limited to what mass media may say about what is right or wrong."

Registration is open for the Fall 2022 semester. The interactive, 10-week program begins on Wednesday, Sept. 7, from 6 p.m to 8 p.m. and will be held every Wednesday. 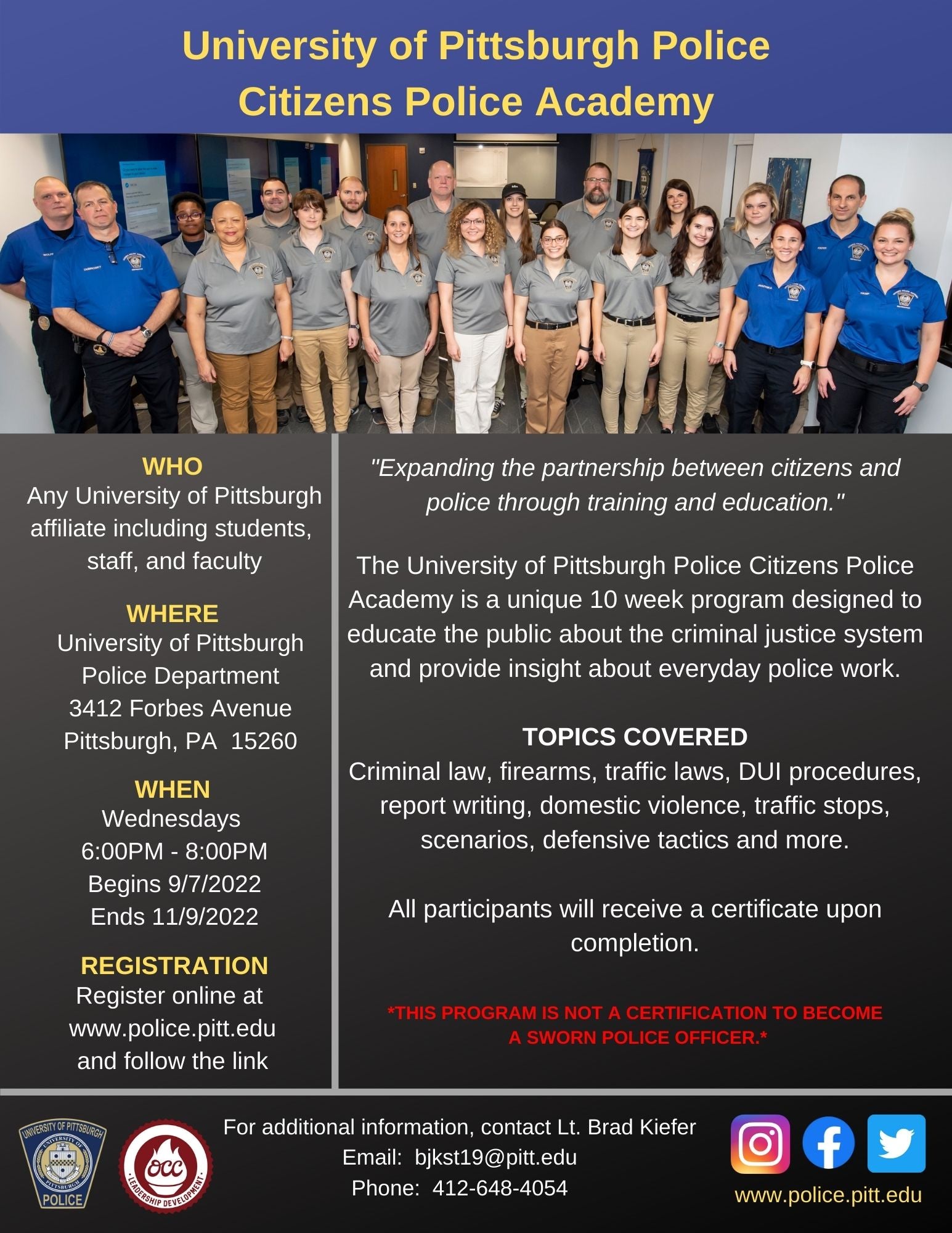